You are here: Home / Lifestyle / What’s On The Road: The Downside Of Long Distance Relationships

Welcome back to a new volume of What’s on the Road! It has been almost a month since I said goodbye to my boyfriend and man… it has been hard. Most of the time I do a great job at distracting myself so I don’t end up crying everywhere, but this time it was a little different.

On my flight back home I felt horribly sick. My stomach was feeling weird and my heart started to beat super fast. At some point, I even thought I could pass out. I was feeling so sad that I started to show physical symptoms. That’s why I like to avoid feeling sad. It wasn’t the first time something like that has happened before.

For example; when I say I get homesick, it’s not only a way to say I miss home. I literally get sick. Stomaches, colds or I lose appetite for like a week. When I broke up with my first boyfriend years ago, I even passed out. It was so weird! Apparently, I don’t deal well with strong emotions.

I’m normally super positive about the whole distance issue. We already know how hard they are, so I prefer not to focus on the hardships of long distance relationships. There are already lots of negativity towards them, so I just avoid talking about those bad days. Besides, the point is not to focus on the bad. If you do, everything gets harder and you won’t be able to see the light after the tunnel.

I prefer not to focus on the hardships of long distance relationships. If you do, everything gets harder and you won't be able to see the light after the tunnel. Click To Tweet

It’s Not Easy To Close The Distance

After four years in a long distance relationship, I have learned how to deal with it the best way I could. Sometimes is easier, and other times I just want to stay forever with my boyfriend. Which is something I can’t do without facing legal problems. I’m Chilean and my boyfriend is American. That means I can’t just stay in the country for longer than three months.

I understand the reasons behind the process, but in my humble opinion, it could be handled differently. Or at least don’t make it so expensive!

Goodbyes get old super fast. Trying not to cry at the airport is hard, but also it’s okay if you do. Many people cry at the airport so it’s not weird, but I still try to avoid it. Not because I hate crying, but because I don’t want to cry silently. I want to sob, and for that, I need my room and my dog.

It's hard to come to terms with the fact that the next day we won't be able to see the person we love. Click To Tweet

The moment we have to go back to texting and phone calls suck, and it’s a whole process to get used to it again. It’s hard to come to terms with the fact that the next day we won’t be able to see the person we love. That we don’t know when will be the next time we will see each other. That’s one of the things I hate the most.

Going back to reality is a hard process full of sighs, tears, and melancholy. We not only say goodbye to the person. We say goodbye to those moments we won’t be able to spend together. Dinner dates, lazy Sundays, grocery shopping, nights watching Fresh Off The Boat (this is the funniest show ever and my boyfriend and I are obsessed), etc.

Yes, I’m tired of going back home and wait for the next flight that will bring us together again; but it is what it is. Besides, stopping is not an option. I just wish I could teleport. It’s 2019, shouldn’t be a thing already?

Going Back To Reality

I’ve been home for almost a month and I’m having a hard time adjusting to reality. I miss my boyfriend like crazy and I just want to be with him again.

It sucks when I look at couples holding hands, or when friends tell me their plans with their significant others. I want that too! Being able to sleep in my bed feels amazing, but the fact that I have to do it alone sucks. The little routine we developed together was great and I want that back, but also permanently.

After all the downsides, I’m still grateful to be on this journey and being able to love someone with no limits. It’s beautiful and I wouldn’t change it.

Are you or have you been in a long distance relationship? Let me know in the comments about the things you hate/hated the most about the distance!

What’s On The Road: The Importance Of Mental Health 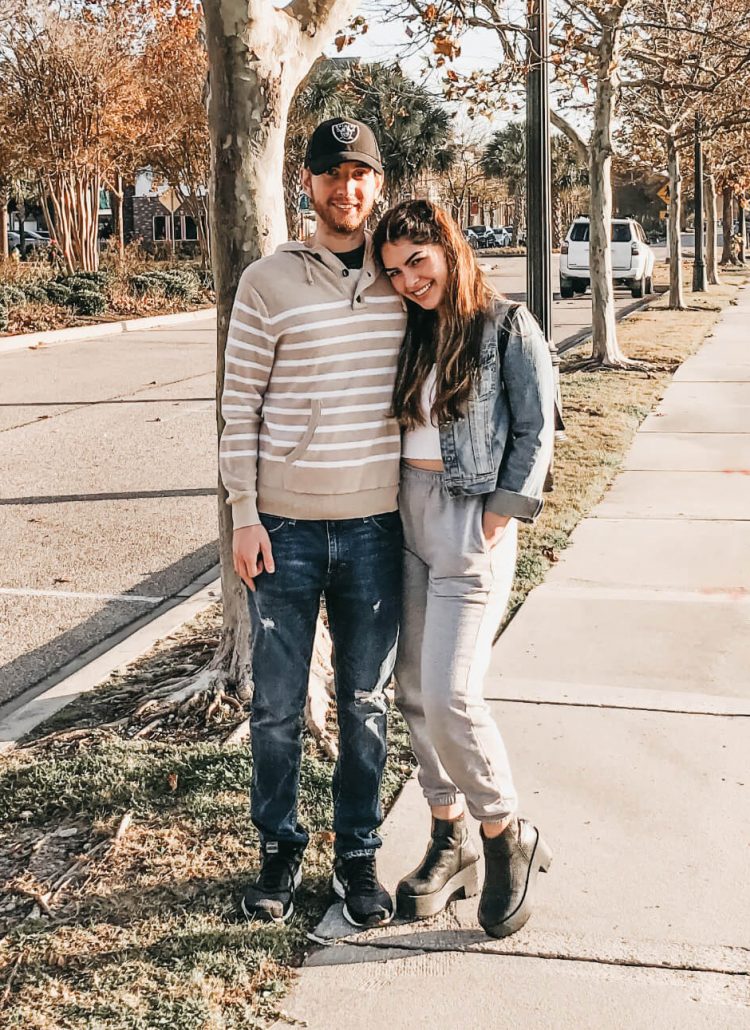 What’s On The Road: Things Are Changing

Happy Saturday! Woke up super early today so I dec

Excited for today because I’m going to Raleigh,