You are here: Home / Lifestyle / 7 Christmas Romance Books To Enjoy This Holiday Season

Hey there, lovelies! Christmas is around the corner, so I wanted to share with you 7 Christmas romance books to enjoy this holiday season.

Grab a cup of tea (or a glass of wine) and get cozy with a Christmas romance book.

Definitely a great way to spend your days when you want a little break from the craziness of the holidays (and to get yourself into the Christmas spirit!)

Romance books are my favorite genre and I have a ton of recommendations if Christmas romance novels aren’t your thing. Click here to see all my other recommendations.

Also, many of this books are available on Amazon Unlimited, which is a plus if you are subscribed.

I don’t know about you, but I prefer romance books over romance movies.

Don’t get me wrong; I enjoy a good Hallmark movie during the Christmas season, but being able to read the characters thoughts and the way they connect is my favorite thing!

As a first-year law associate, Sydney Batson knows she will be updating her resume by New Year’s if she loses her current court case. So when her grandmother gets inexplicably ill while she’s in court, Sydney arranges for a cab to get her to the clinic.

The last thing cab driver Finn Parrish wants is to be saddled with a wheelchair-bound old lady with dementia. But because Miss Callie reminds him of his own mother, whom he failed miserably in her last days, he can’t say no when she keeps calling him for rides.

Once a successful gourmet chef, Finn’s biggest concern now is making his rent, but half the time Callie doesn’t remember to pay him. And as she starts to feel better, she leads him on wild goose chases to find a Christmas date for her granddaughter.

When Finn meets Sydney, he’s quite sure that she’s never needed help finding a date. Does Miss Callie have an ulterior motive, or is this just a mission driven by delusions? He’s willing to do whatever he can to help fulfill Callie’s Christmas wish. He just never expected to be a vital part of it.

GET THE BOOK HERE

For Cora Conway, Christmas is always the best time of year. A homebody by nature, she loves nothing more than tinkering in her holiday shop and curling up with a movie and hot chocolate on a snowy evening.

But Christmas isn’t just a time for tinsel, and when a handsome stranger sweeps her off her feet right under the mistletoe, Cora dares to believe this might be the most magical holiday yet.

Phil Keaton’s plan for the season is simple: settle his grandparents’ estate in Blue Harbor, bond with his nine-year-old daughter before he takes a two-year job opportunity overseas, and find a restaurant that serves both Thanksgiving and Christmas dinner.

Nearly knocking the surprisingly attractive holiday shop owner off a ladder when he intended to serve her eviction papers is his first sign that this is about to get complicated, and having his daughter profess that her Christmas wish is to spend the month of December in the small, lakefront town is another.

Cora is an expert at creating a perfect Christmas, with a bright red bow to boot, but as her family’s relationships shifted over the year, so it seems have their holiday intentions.

As Cora navigates a Christmas filled with new traditions, and introduces a few tried and true ones to Phil and his daughter, they both begin to discover that Christmas is going to be a little different this year, and that the future may not go as planned either…

3. The Christmas Letters by Brenna Jacobs

Can an old letter spark a new flame?

Yes, Dahlia Ravenel did manage to trap herself in a bathroom stall. And yes, the paramedic that talked her out of a panic attack was insanely hot. If only he was interested.

Connor McKay has a mysterious Christmas pen pal, a woman who replied to a newly found letter he sent to Santa back when he was a kid. After weeks of correspondence, it’s clear she’s funny, charming, interesting… and an awful lot like Dahlia Ravanel- the woman he already blew off for good reason.

Dahlia and Connor couldn’t be more different, but when their worlds collide, fate (and a mischievous grandma) set two people who have sworn each other off on a crash course for love.

It was the night before Christmas, and all through the house, not a creature was stirring… nope. No. Nuh-uh. That’s a lie.

The moment that Caro wakes up, she knows that she’s not alone. One thump-thump from the living room and she quickly moves into action. One 9-1-1 call later, and she’s ready to defend herself.

Only, she gets more than she bargains for when she steps out into her living room and comes face to face with a living, breathing nightmare.

And isn’t it just fitting that the man that saves her by coming down the chimney with a large black gun in his hand is named Saint Nicholas?

It seemed like the start of a bad joke.

Saint Nicholas comes down the chimney on Christmas Eve night, but he isn’t there to bear gifts. He’s there to take out the trash.

When he lands on his silent feet, he has no other choice but to put himself in harm’s way.

One look at Caro’s terrified face, and he can’t stop himself. He steps in just as the bullets start flying, saving the damsel in distress and taking a bullet to the shoulder for his trouble.

But one thing he can say is, heroes always win the girl.
And Caro is the best Christmas miracle of all.

5. The Christmas Arrangement by Sarah LeeAnn

What do you do when you’ve been invited to eight different holiday events, and find yourself desperate for a date?

For Shelby Grant, the answer was a simple Internet search.

Well, professional might be a stretch for Dean. More like unemployed, desperate, and unable to turn down the job offer.

When Dean realizes that he too could benefit from a fake relationship, he proposes an arrangement—one Shelby might just be desperate enough to accept.

Polly Proudlock was in a rut. Working at the cracker factory was beginning to lose its attraction and having just been dumped by her boyfriend, she had reached an all-time low.

The fact he was still her boss added to her problems, not to mention having to work alongside her replacement was a step too far.

A chance meeting changed everything, and Polly found herself agreeing to be a stranger’s fake girlfriend for Christmas to their mutual benefit.

Miles Carlton was the perfect boyfriend. He took her to places she never thought she’d see, and Christmas soon took on a new meaning. Suddenly, she was seeing it through fresh eyes and she liked it—a lot.

As the snow falls and the magic of Christmas captures her heart, Polly discovers that she’s no longer faking something that will only end in tears.

Then an opportunity presents itself that could change her life. But Christmas is fast approaching and she is running out of time.

Fate works in mysterious ways and their worlds are set on a collision course. Soon they are fighting for more than their own Happy Ever After and when the snow melts, who or what will be left standing?

Discover the joy of Christmas in this gorgeous novel, celebrating the importance of friendship, the magic of love, and finding happiness by being true to yourself.

This Christmas, Adia Bell’s family doesn’t just want to buck tradition. They plan to chuck it out altogether. Which is a problem since Adia has had a rough first semester at Avery University, and she’s expecting homemade pie and Christmas preparations to fix everything.

Miller is a UPS package handler, who hopes the season will be over soon. He wants to keep a low profile and avoid notice. But when his merry new co-worker Adia does take notice, he finds it harder and harder to avoid holiday related things.

This Christmas, Adia Bell’s family doesn’t just want to buck tradition. They plan to chuck it out altogether. Which is a problem since Adia has had a rough first semester at Avery University, and she’s expecting homemade pie and Christmas preparations to fix everything.

Miller is a UPS package handler, who hopes the season will be over soon. He wants to keep a low profile and avoid notice. But when his merry new co-worker Adia does take notice, he finds it harder and harder to avoid holiday related things.

Will Adia and Miller find in each other a way to redeem Christmas, or will a short-term attraction only serve to derail both of their futures?

Do you usually read Christmas books during the most wonderful time of the year? Or you don’t really care about that? Let me know in the comments your opinion!

If you want to read more love stories recommendations, click here! I also have Christmas content in case you are looking for DIYs, gift guides, freebies, and more. 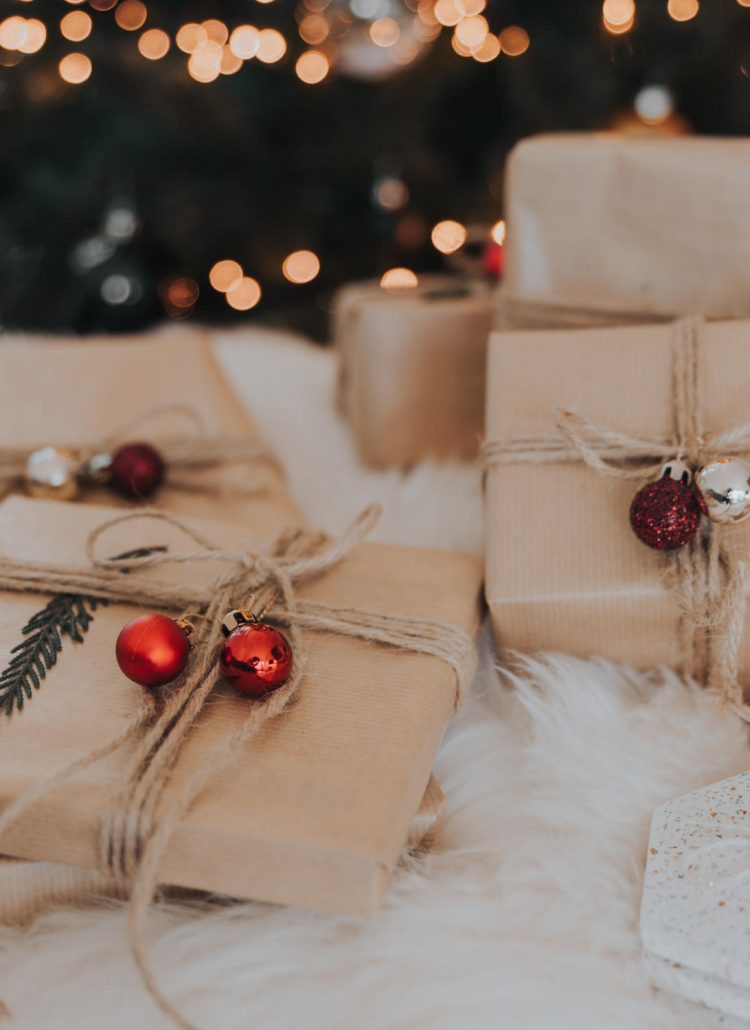 Holiday Gift Ideas For The Small Business Owner In Your Life 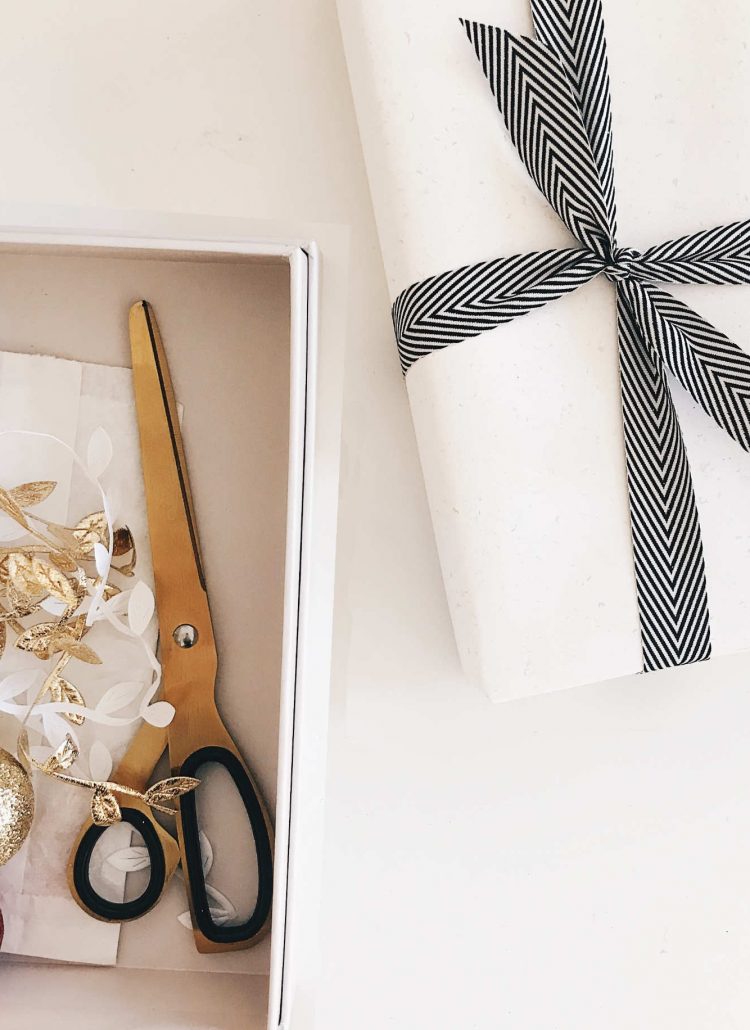 Budget-Friendly Holiday Gift Guide For Her (Under $50)

This Is The Key To Manifest The Life Of Your Dreams

Hey there! I'm Melissa and welcome to Elephant on the Road! I'm a 26 year old lifestyle blogger and a long distance relationship expert from Santiago de Chile.

What a day! I got bad news then the “problem”

Did someone else forgot that today was Friday? I w

Happy Monday, lovelies! How was your weekend? Yest

This website uses cookies to store information on your computer. Some are essential to make this site work; others help us improve your experience. By using this site, you agree to our use of cookies. Privacy PolicyOK